Much of the planning we do is for people who would probably describe themselves as middle class, but we do work with higher net worth individuals and families, and, as far as estate planning goes, 2013 brought good news for them. There has been a lot of uncertainty in the area of federal estate taxation, and last year saw clients frantically racing though plans and gifts that ordinarily might have been handled, well…less hysterically.

It all started back in 2001with the Economic Growth and Tax Relief Reconciliation Act, commonly known as the “Bush tax cuts.” The estate tax unified credit exclusion was $675,000 in 2001. This meant that anyone who died with an estate over $675,000 paid a tax, and that tax was hefty—up to 55 percent. Many New England families, because of the high cost of real estate in the region, found themselves writing some big checks to Uncle Sam. The Bush tax cuts mandated increases in the exclusion and a decrease in the tax rate in 2002, 2004, 2006, and 2009. In 2010 there was a repeal of the estate tax, but a backdoor tax increased the income tax on capital gains realized by some estates and heirs.

But, hold it: the Bush tax cuts had a “sunset provision” that reset the law back to 2001 levels if another permanent law wasn’t passed by the end of 2010. Which it wasn’t. So what did they do? Pass another temporary law, of course, which was scheduled to sunset after 2012. That law set the rate at 35 percent with an exclusion amount of $5 million. Whew. That’s the Cliffs Notes version.

Let’s move on to the 2013 law which is called the American Tax Payer Relief Act. There is no sunset provision, so at least Congress hasn’t set itself another booby-trap. The amount an individual can exclude from estate taxes (including gifts given during his or her lifetime) is $5.25 million per person (adjusted annually for inflation) for 2013, and that includes a “portability” provision whereby a married couple could exclude $10.5 million from estate or gift taxes. According to estimates from the Tax Policy Center, just 3,800 estates are expected to be big enough to owe any federal estate tax at all in 2013. However, estates aren’t off the hook completely as Rhode Island taxes estates whose values exceed $ 910,725 (adjusted annually for inflation). In Massachusetts, state estate taxes are levied on estates whose values exceed $1 million. The tax rate starts at 10 percent and maxes out at 16 percent in both Rhode Island and Massachusetts. On the bright side, that’s a whole lot better than the new federal rate of 40 percent.

The Act also reinstates the IRA charitable rollover provision, which expired in 2011, for a limited time until December 31, 2013. What this means is that over the next year, an individual who is 70½ or older, may transfer up to $100,000 annually from an IRA directly to a charity without incurring any taxable income. This becomes beneficial because at age 70½, the age an individual is required to begin taking required minimum distributions (RMD’s) from his or her traditional IRA. Some individuals may find it advantageous to take advantage of this charitable rollover provision and allocate this mandatory distribution—up to $100,000 annually—directly to a charity in order to lessen their taxable incomes. 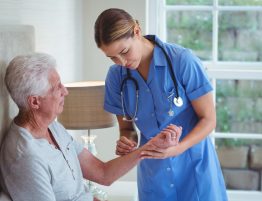 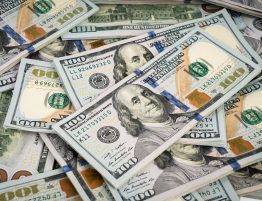 Over the summer, American Public Media’s Marketplace aired an interview on “the costs of taking… 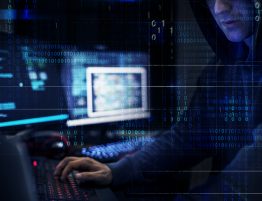 250 Wampanoag Trail
Suite 205
Riverside, RI 02915
Tel: 401.353.3752
E-mail: info@401elderlaw.com
Disclaimer: The Rhode Island Supreme Court licenses all lawyers in the general practice of law, but does not license or certify any lawyer as an expert or specialist in any field of practice. This web site is designed for general information only. The information presented at this site should not be construed to be formal legal advice nor the formation of a lawyer / client relationship.
